The Recovery of Family Life

Exposing the Limits of Modern Ideologies

The Sexual Revolution, which has been underway since the 1950s, is a rolling revolution—a set of unfinishable ambitions, all affecting marriage and family life. Feminists want to "liberate" women from childrearing as well as the home and build a world "beyond gender"; progressives aspire to build a society where human beings can choose their natures; and sexual liberation theorists would take human beings "beyond repression." These ideologies have sunk deeply into our culture and our political regime. It is well past time to ask the uncomfortable questions about whether these ideologies betray human nature and undermine human happiness.

The Recovery of Family Life defends marriage and family life while exposing the limits and blind spots in these powerful revolutionary ideologies. After suggesting a general framework within which to understand the ends and means of family policy, Scott Yenor explores what a liberal society should seek to accomplish in marriage and family policy. The framework is applied to some of today’s most important public policy debates on such controversial topics as gay rights, pornography, population decline, women’s equality, rape law, the age of consent, and welfare state politics.

Those advocating for the rolling revolution often point toward necessary reforms, but they offer an incomplete picture of human flourishing. In an attempt to recover a healthier vision of life, Yenor asks that those already resisting the rolling revolution evaluate their own assumptions and aims anew: advocates on both sides of the partisan aisle stand at risk of operating with truncated narratives. Public policy can be an important tool to help the resistance, but only if informed by a deeper vision in which marriage and family fit into the broader political regime.  The Recovery of Family Life combines a focus on first principles with practical advice for lawmakers about how to undo the damage our policies have done.

Preface and Acknowledgments
1 Our New Family Regime?
Part 1. The Rolling Revolution
2 Feminism and the Abolition of Gender
3 Contemporary Liberalism and the Abolition of Marriage
4 Beyond Sexual Repression
Part 2. Curbs on the Rolling Revolution
5 Sexual Difference and Human Life
On the Limits of Feminism
Postscript to Chapter 5: On the Nature of Moderate Feminism
6 The Problems of Contemporary Liberalism
7 The Problem with Ending Sexual "Repression"
Part 3. The Post-Rolling Revolution World
8 A Sketch of a Better Family Policy
9 Toward a New, New Sexual Regime
10 Choosing One’s Choice
Consent’s Incomplete Guidance for Public Policy
11 The New Problem with No Name
12 Dilemmas of Indirection
Maintaining Family Integrity in Late Modernity
13 What Is to Be Said and Done?

The last half century has been devastating for American family life, to the point where one in every two American children will now be raised apart from their own married parents at some point in their lives. Scott Yenor’s  The Recovery of Family Life unveils the intellectual sources of our failed family regime and articulates a provocative new vision for family renewal in this century. Above all, he shows us how we must put children at the center of marriage and family life in the twenty-first century in this important, incisive, and thought-provoking book.

You will not agree with everything in this book. And that’s one reason to read it. Scott Yenor is provocative in the best sense, and  The Recovery of Family Life will force you to think critically and deeply. Modern sexual and familial practices have come at a cost. Yenor is willing to consider those costs, identify the underlying ideologies supporting modern practices, and propose a better way forward.

~Ryan T. Anderson, PhD, author of  When Harry Became Sally: Responding to the Transgender Moment and Truth Overruled: The Future of Marriage and Religious Freedom

Is liberal democracy ever finished working out its twin principles of liberty and equality? Scott Yenor’s important new study explores the three interlocking elements of the sexual revolution—radical feminism, liberal neutrality, and sexual liberation—to show how this ‘rolling revolution’ undermines the foundations of a healthy and moderate political order. His research is comprehensive, and his argument at once courageous and humane. His book should be required reading for every young woman and man who seeks to understand the mysterious interplay of nature and nurture that makes for a happy life.

The genuine originality of Yenor’s book comes through in his incisive discussion of the relationship between the family and the polity.

It will be hard to do justice to the virtues of this excellent book—its comprehensiveness, helpful novelties, surprising insights, humor without indignation, philosophy, common sense, and its importance today.... Though practical, [Scott Yenor’s] book is rooted in theory because, as he argues, family life today is threatened by what might seem a theoretical proposition, one that very few of its partisans would avow or perhaps even recognize: that humanity will not be perfected until marriage and the family have been abolished. 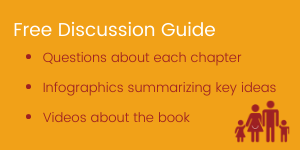