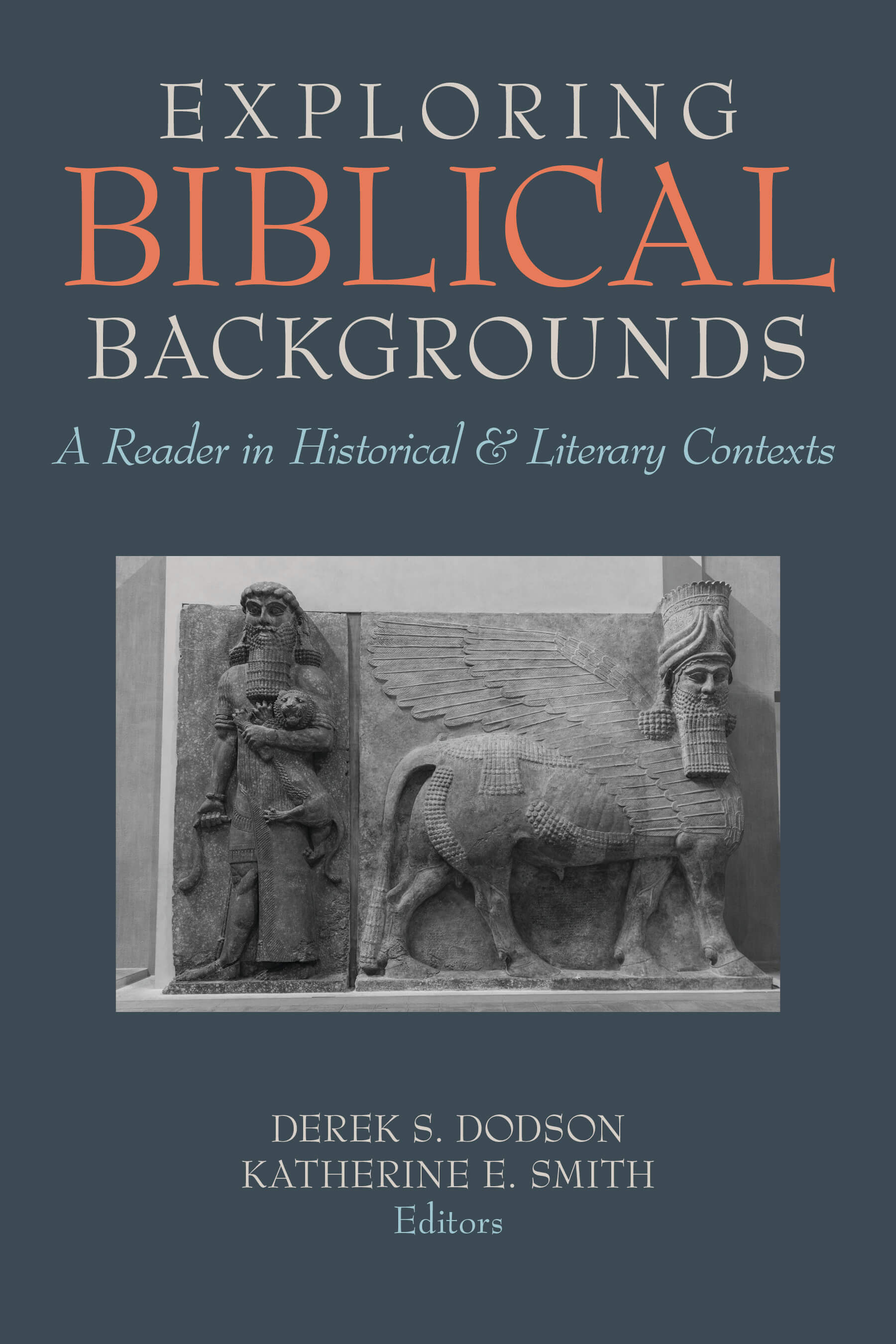 Baylor University’s own Derek S. Dodson and Katherine E. Smith have put together this excellent collection of ancient texts designed to enrich readers with the ancient cultures from which the Bible came. As they have noted in their preface, “an informed reading of the Bible recognizes the historical distance and seeks to understand the biblical text in its historical and literary contexts,” (xi). One of the most efficient ways to reconstruct an ancient’s worldview is to branch out from the Bible and explore other literary sources where there might be parallels to compare, and with this marvelous compendium, Dodson and Smith have done just that.

It is very similar to Matthews’ Old Testament Parallels: Laws and Stories from the Ancient Near East, but stands out in format and content. The book consists of two parts, Old Testament Background and New Testament Background. Part I groups the parallel writings together by genre, mirroring the canonical layout of the OT. For example, the first section of ancient parallels is called “Creation and Deluge”, and it covers six texts similar to what is seen in Genesis 1-9. Subsequent to this genre is the section “Law and Ritual” containing readings such as the Code of Hammurabi and excerpts regarding the cleanliness of animals found in the Egyptian Book of the Dead, both of which have similarities found in Leviticus.

Read more at Finding Rest in the Haven