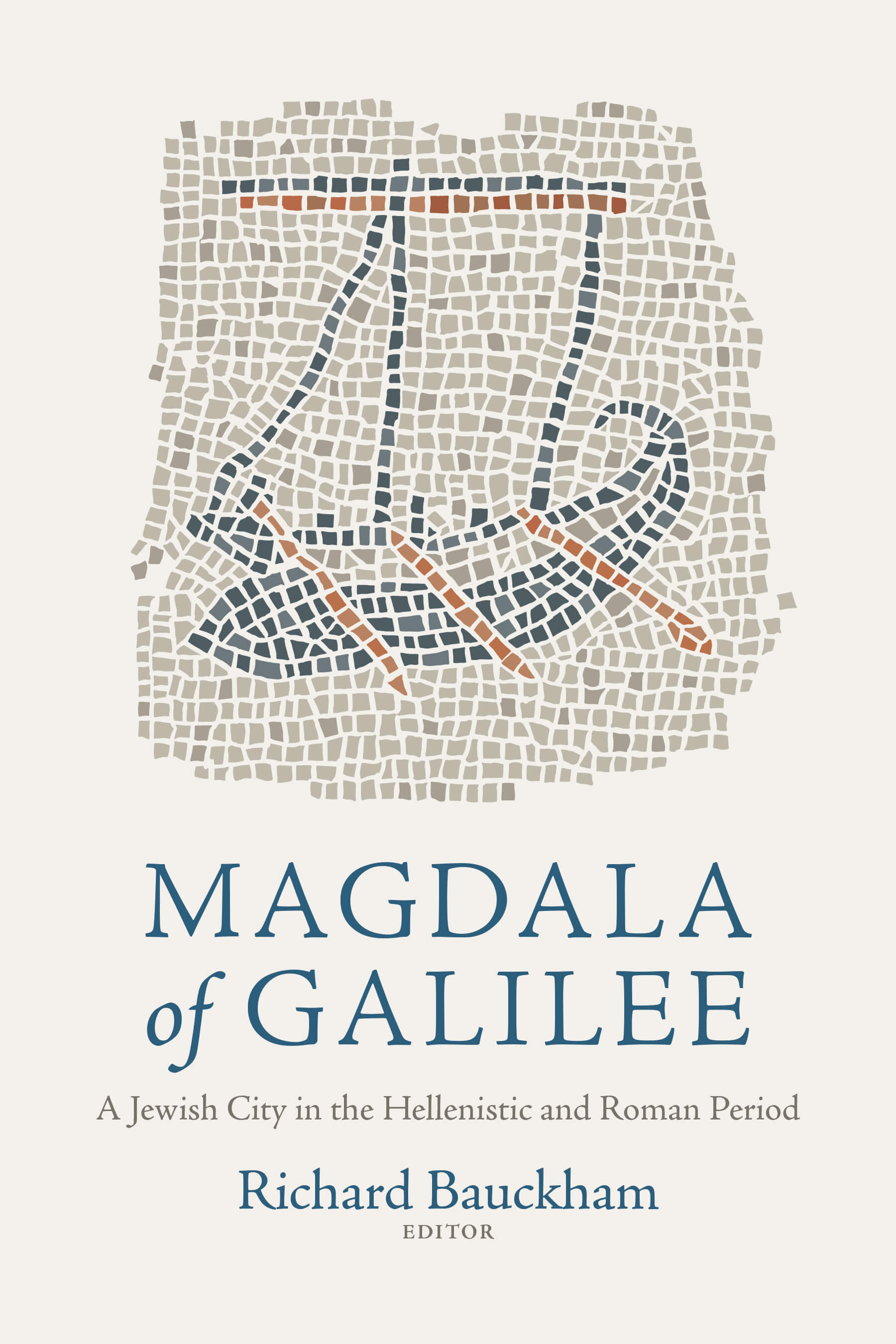 BY BEN WITHERINGTON in January 2019

In this seven part series, Ben Witherington reviews Magdala of Galilee: A Jewish City in the Hellenistic and Roman Period edited by Richard Bauckham. Within this seven part series, Witherington also sits down and asks the editor some questions regarding Bauckham’s involvement, new research, and much more. Below are snippets from each part of the series but for a more in-depth reading, make sure to check out The Bible & Culture!

PART ONE: There is now an exciting new book published last Fall by Baylor Press on the various digs at the Biblical site by the sea of Galilee known as Magdala. While Richard Bauckham is listed as the editor of the volume, he is also overwhelmingly the main contributor to the volume, though various of his chapters are informed by the archaeological reports of those actually involved in the digs themselves. There are some seven chapters in whole or part written by archaeologists, and then there are five chapters written just by Richard, and they make up the majority of the book. The fascinating and groundbreaking chapter on the fishing industry at the sea of Galilee is some 80+ pages long, and readers of the NT will find this chapter especially helpful. In fact, this chapter alone makes the book well worth the purchase, and in my opinion this whole volume should be nominated for archaeological book of the year in the BAR poll of things. Richard is very measured and careful in his approach to the evidence unearthed at Magdala, and is quite frank when the evidence is too partial to draw firm conclusions. Read more at The Bible & Culture

PART TWO: Q. RICHARD WHAT GOT YOU INTERESTED IN THE ARCHAEOLOGICAL WORK AT MAGDALA? YOUR PREVIOUS SCHOLARLY WORK HASN’T REALLY FOCUSED ON ARCHAEOLOGY PER SE… Read more at The Bible & Culture

PART THREE: Q. WHAT FOR YOU WAS THE MOST EXCITING AND IMPORTANT DISCOVERY AT MAGDALA OF RELEVANCE TO NT STUDIES?… Read more at The Bible & Culture

PART FOUR: Q. IN LIGHT OF THE RECENT DISCOVERY OF SYNAGOGUES AND MIKVEHS IN VARIOUS PLACES IN GALILEE, IT APPEARS THAT THE AGE OF TRYING TO CARICATURE GALILEE AS ‘GALILEE OF THE GENTILES’ AND SO NOT VERY JEWISH, OR AT LEAST TRYING TO SUGGEST THAT NON-THEOLOGICAL AND NON-RELIGIOUS READINGS OF EARLY JEWISH LIFE IN GALILEE IS BADLY MISTAKEN. WOULD YOU AGREE? IT APPEARS GALILEANS WERE VERY DEVOUT, VERY CONCERNED ABOUT TORAH, AND RELIGIOUS PRAXIS…. Read more at The Bible & Culture

PART FIVE: Q. ONE OF THE MOST INTRIGUING PARTS OF YOUR BOOK IS WHERE YOU DELINEATE THE VARIOUS DIFFERENT ROLES INVOLVED IN THE FISHING INDUSTRY, AND SUGGEST THAT FISHERMEN THEMSELVES WERE LIKELY TO BE OF MODEST MEANS, WHEREAS THE OWNERS OF THE FISH PROCESSING PLANT COULD BE QUITE WELL OFF. IS IT NOT POSSIBLE THAT SOME FISHERMEN WERE INVESTED IN THE PROCESSING OPERATION AS WELL?… Read more at The Bible & Culture

PART SIX: Q. WHAT FROM ALL THIS STUDY OF THE ARCHAEOLOGY CAN WE LEARN ABOUT MARY FROM MAGDALA? IF WE TAKE LUKE 8.3 AT FACE VALUE, SINCE SHE IS MENTIONED FIRST THERE, COULD SHE HAVE BEEN REASONABLY WELL OFF FROM THE FISHING INDUSTRY IN MAGDALA WHICH ALLOWED HER TO HELP PROVISION THE DISCIPLES WHEN ON THE ROAD? IS THERE EVIDENCE OF NON-ELITE BUSINESS WOMEN IN GALILEE (AND BY NON-ELITE I MEAN SOMEONE NOT CONNECTED TO HEROD ANTIPAS, AS JOANNA THE WIFE OF CHUZA WAS)… Read more at The Bible & Culture

PART SEVEN: Q. YOUR BOOK MAKES CLEAR THAT WE CAN NO LONGER SEE MAGDALA AS SOME LITTLE INCONSEQUENTIAL VILLAGE WHERE MARY CAME FROM. INDEED IT HAD A CONSIDERABLE HISTORY BOTH BEFORE TIBERIAS WAS EVEN BUILT, AND AFTER THE TIME OF JESUS. WHY DOES THE TOWN FADE INTO OBSCURITY AFTER THE JEWISH WAR?… Read more at The Bible & Culture